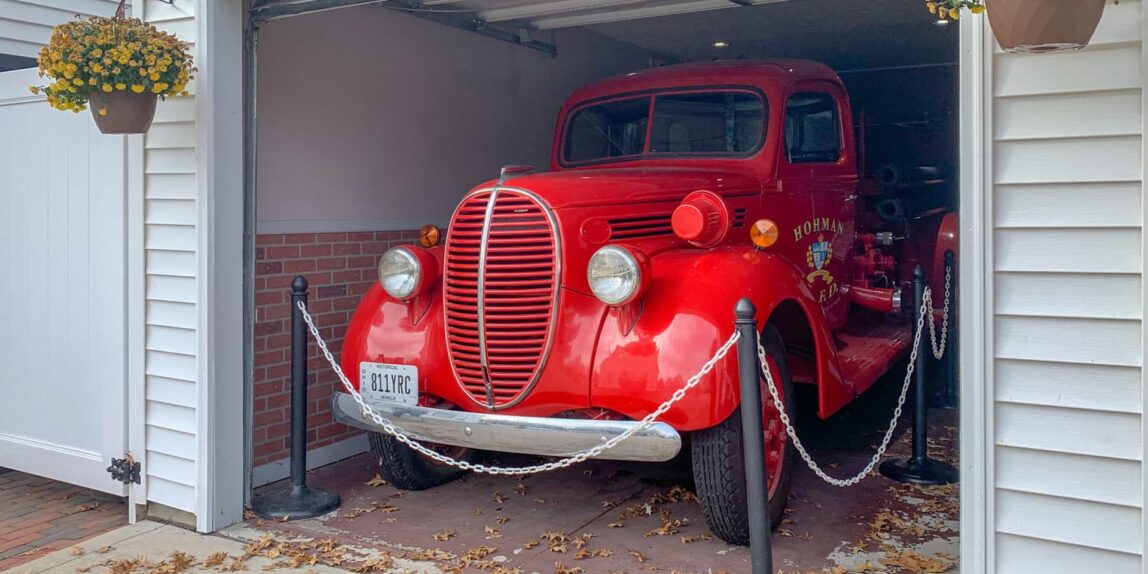 The moment I step foot onto Cleveland’s West 11th Street, I feel as though I’m transported onto a movie set—and in a way, I am. Filming for Bob Clark’s holiday classic A Christmas Story wrapped up here in January of 1983, but the famous house from the movie has since been restored to its original appearance. In this Ohio suburb, it’s Christmastime year-round.

“It’s always been my family’s sense of humor,” Jones tells me over the phone, reminiscing about the time his parents sent him a leg lamp as a gag gift to cheer him up. He even ran a leg lamp-making business out of his condo prior to purchasing A Christmas Story House back in 2004, site-unseen, for $150,000. After two years of hard restorative work, the attraction officially opened to the public during Thanksgiving weekend of 2006, drawing in 4,500 guests during opening weekend alone, and about 50,000 annually since then.

Once I’m inside the house, I peek out the large front window, past the Old Man’s “major award” leg lamp. It’s proudly situated in the same spot as in the movie, like it hasn’t moved since Darren McGavin’s character first placed it there. Since it’s still early in November, snow hasn’t yet covered the streets of Ohio, but it’s still easy to imagine the neighborhood as it once was.

The tours at A Christmas Story House help to facilitate this, as they’re entirely interactive by design. Guests are able—and highly encouraged—to recreate their favorite scenes as they explore the house. Crawl under the kitchen sink like Randy, decode a secret message while washing your mouth out with LifeBuoy soap in the bathroom, and even pretend to shoot your eye out in the backyard, where the original shed from the movie still stands today.

During our hour-long tour, guests marvel at the two antique vehicles parked outside. Both the 1938 Oldsmobile Touring Sedan and the 1939 Ford Fire Truck on display at A Christmas Story House were used in the original film, appearing in a few scenes throughout the movie. Meanwhile, other visitors are captivated by some of the original costumes inside the museum, including Randy’s snowsuit and a pink bathrobe worn by Melinda Dillon.

What intrigues me the most, though, is some of the on-set secrets our tour guide lets us in on,  including the fact that many of the visuals seen in the final cut of the film are all thanks to a bit of Hollywood magic. Most of the snow that can be seen in the movie is fake, made from either foam or instant potato flakes (see if you can tell in the very last scene). Additionally, while fans instantly recognize the house’s exterior from the movie, most of the scenes that take place inside the Parkers’ home were actually filmed on a soundstage in St. Catherines, Ontario.

“You can tell if it was filmed here or not if you can see out a window,” my tour guide explains with a grin, loving the fact that he’s blowing our minds. “The soundstage windows were all opaque, so you couldn’t see anything through them.”

A movie about … nothing

For those who have never seen A Christmas Story, it might be a bit difficult to pin down exactly why it means so much to so many families around the country. Peter Billingsley, who led the cast in his role as Ralphie, even admitted in a past interview that “the movie, by modern-day standards, is about nothing.”

“It’s a family a couple of weeks before Christmas, and the kid wants a BB gun,” Billingsley said. “That’s not exactly a pitch in which you’d say, ‘Let me get the president of the studio on the phone!’”

While this is technically true, I think it’s also one of the biggest reasons why A Christmas Storymade its way into the hearts of millions. The movie, originally written by Jean Shepherd, didn’t break any box office records or make an exorbitant amount of money during its initial theatrical run. But it’s light, funny, and, above all, relatable, depicting what families are truly like during the holiday season: messy and endearingly dysfunctional. It perfectly mirrors the families that love it so much, making the story of Christmas through the eyes of a child so easily lovable and shareable from generation to generation.

Admittedly, I questioned if A Christmas Story House was truly a family destination prior to my visit. Jones had told me on the phone that most of his guests are families that all watch the movie together, but I was still curious to see if it was ultimately more of a nostalgia destination for parents. A new tour group files into the house just as I’m leaving, and I can’t help but notice the contagious enthusiasm coming from a young brother-sister pair. Despite their mother’s best attempts to tame them, the children gasp excitedly upon entering the house. Just before the tour guide shuts the door, I hear one of them exclaim, “Look! It’s the leg lamp!” I smile as I walk back to my car, because in that moment, I think I have my answer.

More than 35 years after its release, A Christmas Story remains beloved by fans of all ages. Sure, the parents who visit are pretty eager to relive a few childhood memories, but their enthusiasm is absolutely matched, if not exceeded, by their children. Nearing 15 years in business, A Christmas Story House provides many ways to celebrate the film, helping to create new memories for every family that stops by.

A Christmas Story House is open year-round, seven days a week from 10 a.m. to 5 p.m., with extended hours in November and December. Guided tours run every hour beginning at 10:15 a.m.