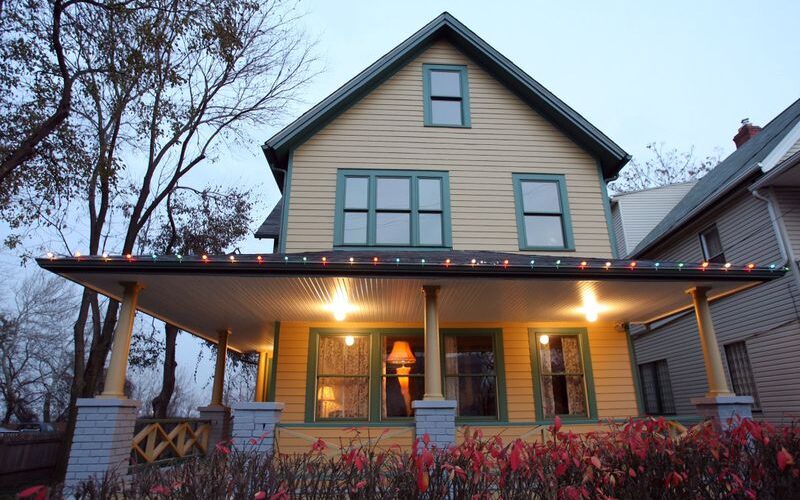 CLEVELAND, Ohio – It’s an early Christmas for fans of the classic holiday movie “A Christmas Story.”

A Christmas Story House in Tremont is opening up for overnight rentals, beginning June 1. Reservations are being taken beginning today.

Now you, too, can live, and sleep, like Ralphie Parker and the Old Man in the house was used for several scenes in Bob Clark’s 1983 holiday film starring Peter Billingsley, Darren McGavin and Melinda Dillon. The tale of young Ralphie’s dream of getting his very own official Red Ryder carbine-action, 200-shot Range Model air rifle for Christmas became a national sensation.

Previously, only one annual Christmas holiday charity auction winner was able to spend the night in the house and sleep in Ralphie and Randy’s beds.

“We have had a lot of requests over the years from fans wanting to spend the night in the house,” said Brian Jones, founder and owner of A Christmas Story House & Museum. “It’s something I have wanted to do for a while now.  It’s been in the works.  We just had so many other projects going on that it’s taken us a while to get to.”

The devoted film fan bought the house a decade ago and restored it to look as it does in the iconic movie. Since then the house has almost singlehandedly helped establish ACS tourism as a cottage industry in Cleveland.

Guests will have use of A Christmas Story House’s third floor loft until their 11 a.m. check out time, as well as full access to the house from an hour after close until 9 a.m. the following day – when it opens to the public. The space can accommodate up to 6 guests per night. The loft area is equipped with a bedroom, living room, full kitchen and full bath.  Bookings begin at $495 per night. Included in the package is a free tour of A Christmas Story House & Museum.