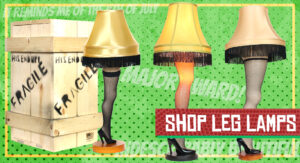 The Leg Lamp from A Christmas Story is one of the most iconic and recognizable movie props of all time.  Replicas of the leg lamp have become prized “Major Awards” for fans everywhere and are available in our gift shop. A Christmas Story author, Jean Shepherd was inspired to create the leg lamp after seeing an illuminated Nehi Soda advertisement.

The leg lamp was first described in 1966  in Shepherd’s novel “In God We Trust: All Other Pay Cash!”  under the short story title “My Old Man and the Lascivious Special Award That Heralded the Birth of Pop Art.”  It was described in detail in Shepherd’s story and later materialized in physical form in the PBS film “The Phantom of the Open Hearth” which was broadcast in 1976.  It varied in several details from the leg lamp that appears in A Christmas Story.

The design of the leg lamp for A Christmas Story is the work of production designer Reuben Freed.  Unsure of exactly what a leg lamp was or should look like Freed presented a couple sketches to Shepherd who said, “Yep, that’s it!”  Freed then produced three leg lamps for the movie and went through several shade styles before settling on the large golden bell shade with black fringe seen in the movie.  None of the three original leg lamps survived the production of the movie.  All three props were broken on set during the filming.  If you look closely during the scene in which Ralphie’s Mom breaks the leg lamp you will notice that the leg lamp is broken in two different manners. One vertically on the length of the leg and the other into “chunks.” 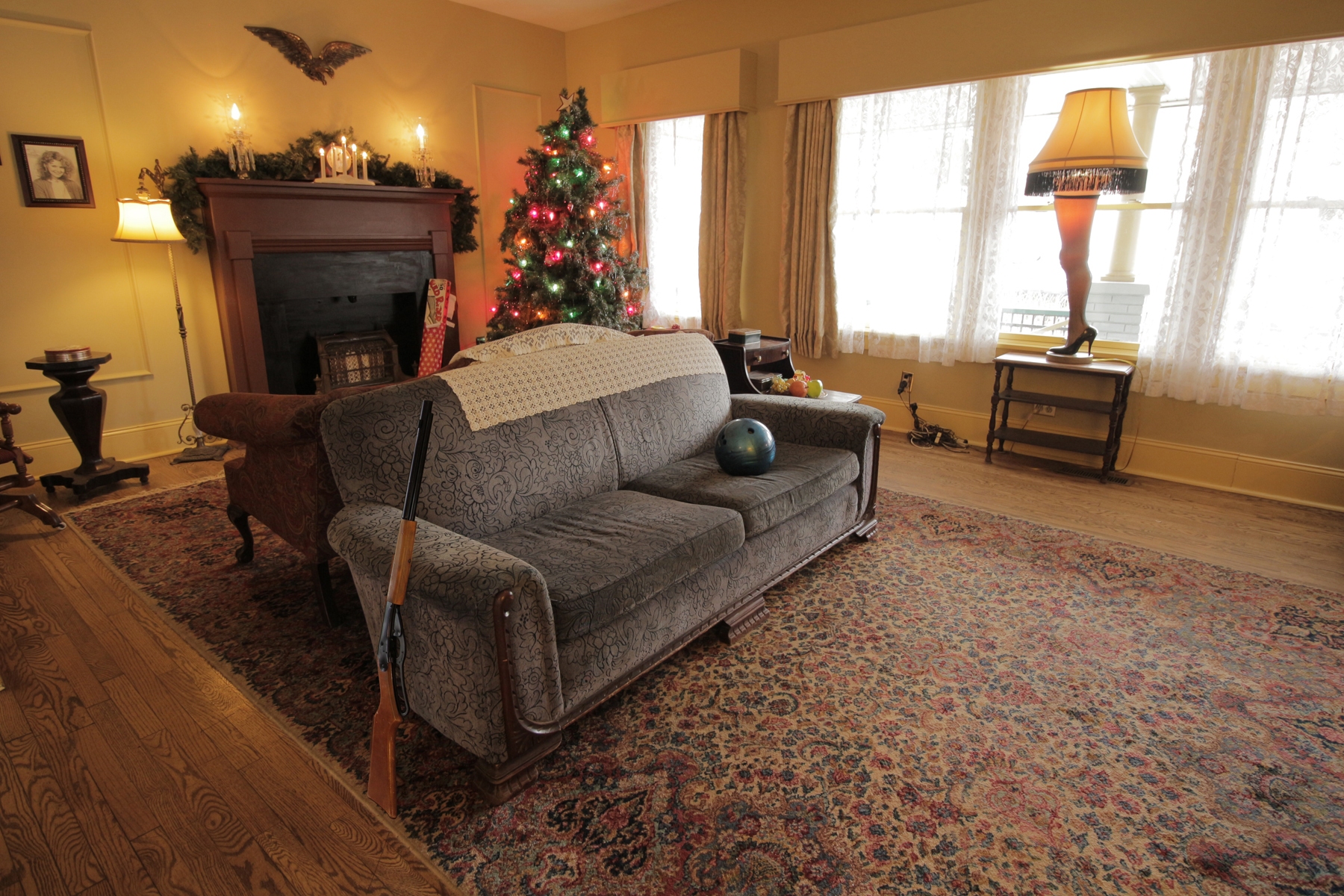