Below are a couple movie reviews of A Christmas Story when it was first released in November, 1983. The movie received both positive and negative reviews at its release. 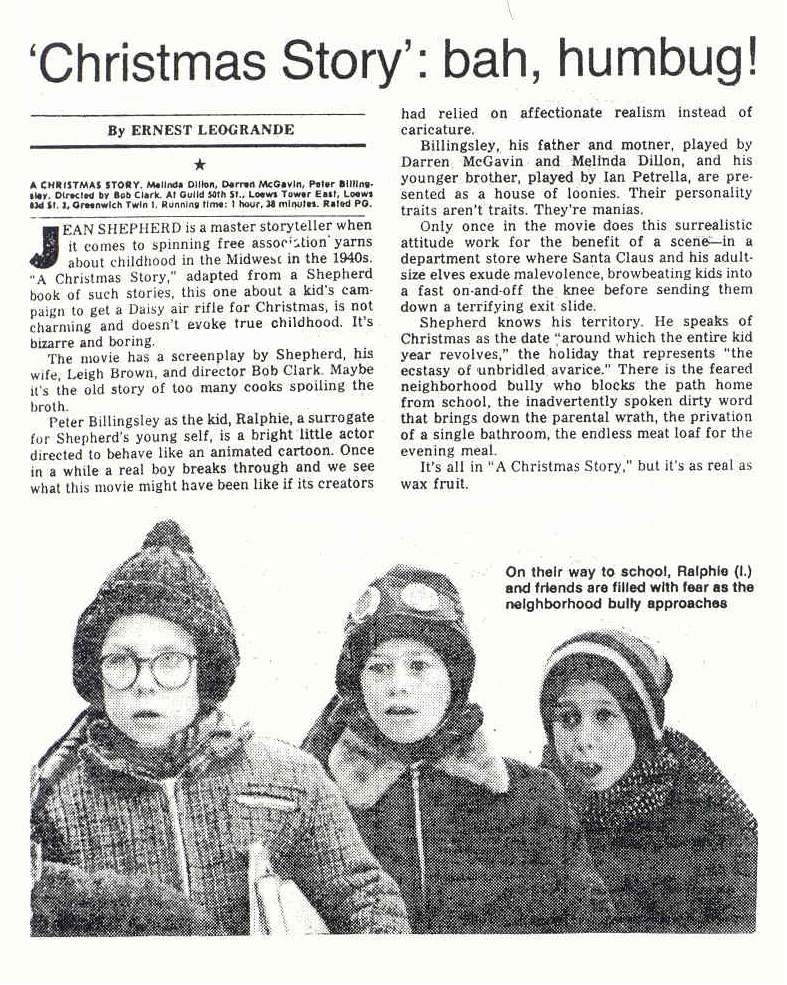