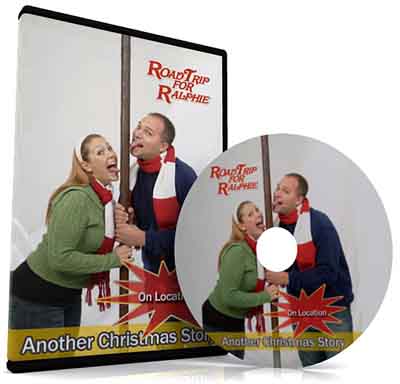 View the trailer for Road Trip for Ralphie

Two mega-fans of A Christmas Story set out to find all of the film’s shooting locations. During an adventure spanning two years and two countries, they uncover forgotten facts, discover little-known locations and recover long-lost memorabilia.

Go On Location and Behind-the-Scenes to reveal the people and places behind the perennial holiday hit. Visit more than 15 locations in Canada and Cleveland to learn little-known details about the movie and the people who made it. Viewers of this heart-warming fan film will feel like they’re there in person, on their own Road Trip for Ralphie.

Highlights of the DVD include dozens of rare behind-the-scenes photos and trivia not seen anywhere else, all set to a bubbly holiday soundtrack.

Plus, join the filmmakers as they: