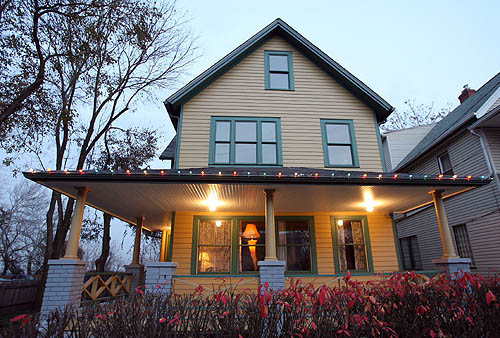 A Christmas Story House, now restored to its movie splendor, is open year round to the public for tours and overnight stays. Directly across the street from the house is A Christmas Story Museum, which features original props, costumes and memorabilia from the film, as well as hundreds of rare behind-the-scenes photos. Among the props and costumes are the toys from the Higbee’s window, Randy’s snowsuit, the chalkboard from Miss Shields’ classroom and the family car. After reliving A Christmas Story at Ralphie’s house don’t forget to visit the museum gift shop for your own Major Award Leg Lamp and other great movie memorabilia. You can even shop through our online gift shop here. Proceeds from the gift shop and overnight stays help support and maintain A Christmas Story House & Museum.

Our live streaming video allows you to see what is happening right now at A Christmas Story House.

We are located at 3159 W. 11th St., Cleveland, OH 44109 in the Tremont neighborhood. Just five minutes from downtown Cleveland.

We are open year round
7 days a week from 10am to 5pm with extended hours during Christmas time.

A Christmas Story House & The Bumpus House are available for overnight stays.

To help you get around better once you arrive we recommend you check out the campus map of our property.

Tours run every hour starting at 10:15 am. The last guided tour is an hour before closing. Tour times may vary slightly. Tickets must be purchased prior to the last tour. Tickets can be purchased at our gift shop or in advance through our online gift shop Our physical gift shop is located diagonally across the street from the house.  Click here for a campus map.

Visit our gift shop for leg lamps, Dept 56, Ornaments, Decoder Rings, T-Shirts and Much More! We accept all major debit and credit cards.

A Christmas Story House and Museum is open year round, 7 days a week from 10am to 5pm. We offer extended hours during November and December.

A Christmas Story House & The Bumpus House are also available for overnight stays.

Military (active duty and retired) may purchase admission at 20% off of full price general admission (per each valid military ID).

Admission information: (216) 298-4919 or info@achristmasstoryhouse.com
Tickets include access to both A Christmas Story House and the accompanying museum.

Tickets can be purchased at the gift shop or in advance through our online gift shop. Tickets are valid for any visit and never expire.

There is no tax exemption on admission tickets.

We accept all major debit and credit cards.

Tips while never expected or required for your tour guide are always welcome if you feel they have done an exceptional job and provided a memorable experience. 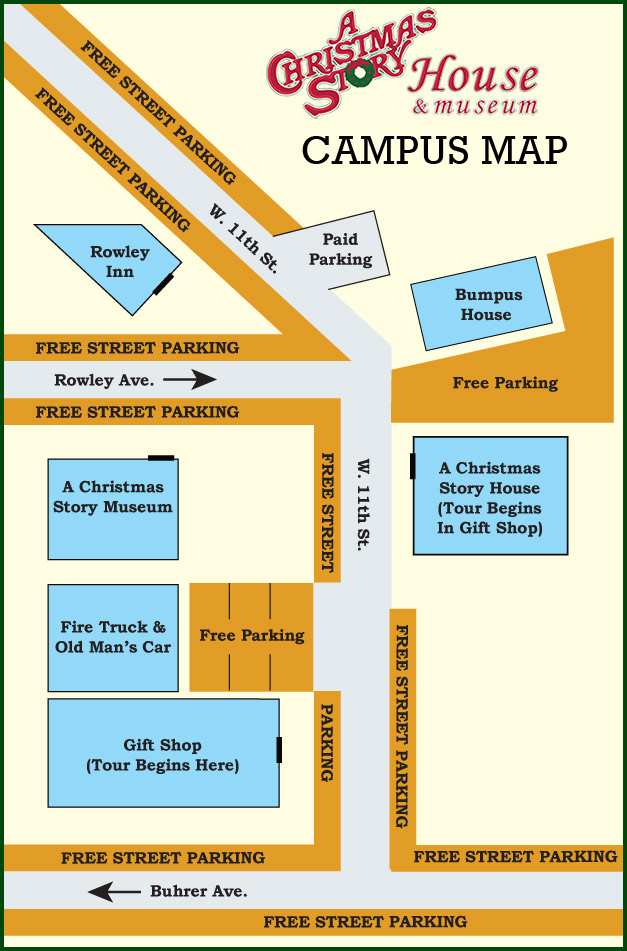 For reservations, rates and other information please visit: BumpusHouse.com

Spend the night reliving your favorite movie and sleeping in Ralphie and Randy’s beds. Overnight guests have use of A Christmas Story House’s private third floor loft for the entirety of their stay and use of the whole house from an hour after closing until 9 am the following day. Please note the we have extended tour hours during the Christmas season. The house can accommodate up to 6 guests per night. The loft area is equipped with a bedroom, living room, full kitchen and full bath. Sleeping arrangements include a queen bed, queen sleeper sofa and Ralphie and Randy’s twin beds. The rate for bookings begins at $395 per night and vary with the season.

The Bumpus House is located just to the left of A Christmas Story House. It is the fictional home to Ralphie’s hillbilly neighbors, the Bumpuses, and their 785 smelly hound dogs. The Bumpus Hounds are famous for harassing Ralphie’s Old Man and stealing the Christmas turkey. The motif for the interior of The Bumpus House is vintage eclectic in a 1940’s style with a slightly hillbilly Bumpus flare while still providing all the modern amenities.

Included with a stay in either house is a free tour for all guest of A Christmas Story House & Museum, as well as dining and beverage discounts at The Rowley Inn directly across the street.

For reservations, rates and other information please visit: BumpusHouse.com

A Christmas Story House has 2 FREE parking lots and FREE street parking on the streets in front of and directly adjacent to the property. Please see map below free parking locations.

When arriving at A Christmas Story House, we recommend looking for FREE street parking before paying to park. 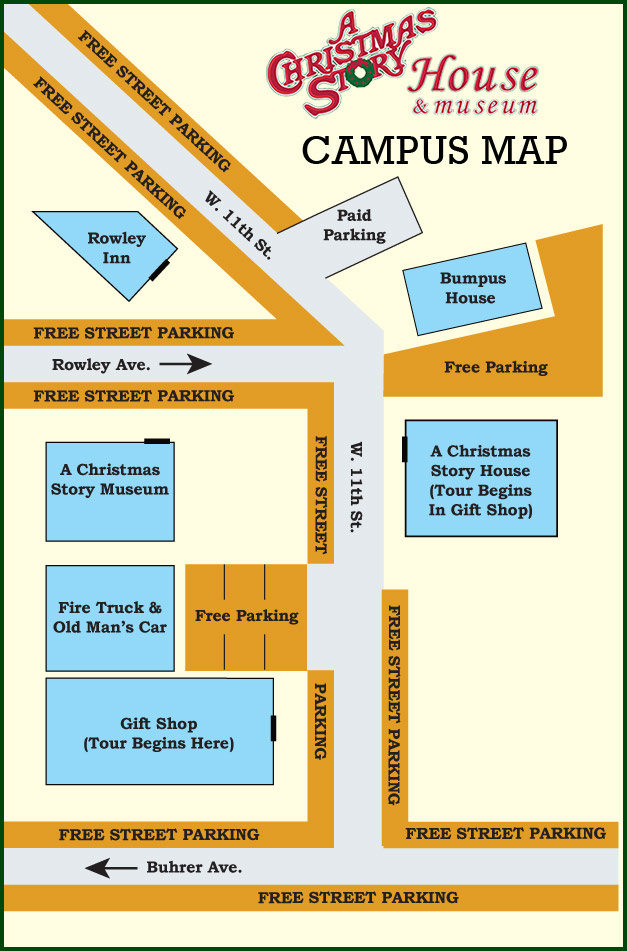 Get 10% off your bill at The Rowley Inn when with your ticket stub from A Christmas Story House.

Located directly across the street from A Christmas Story House is The Rowley Inn, a neighborhood gastro pub with a gracious and welcoming family friendly atmosphere. Owner Jon Oberman can often be found behind the bar serving food and drinks to locals and visitors alike. The Rowley Inn offers 10% discount to guests of A Christmas Story House when you show your ticket stub. The more than a century old establishment once served as a swing shift bar for the steel mills adorning the river valley behind Cleveland Street. Now, transformed into a top-notch gastro-pub, having smoothed over some of the Rowley’s rough edges but retaining the rough-and-tumble old Tremont character it remains a local favorite. Chef Mark Ericsson has add an array of farm-to-table, locally sourced burgers, sandwiches, entrees and a few A Christmas Story theme drinks and dishes to the menu as well. You will often find the staff from A Christmas Story House there grabbing a bite to eat on their lunch break or unwinding at the end of the day.

For those staying over night in A Christmas Story House, The Rowley Inn offers meal and bottled beer delivery. Just call 216.795.5345 to place an order and they will bring it over to you. They also offer a special buy one get one free on your first adult beverage for guest once they have checked in for over night stays (certain exclusion apply).

During the filming the upstairs of the building served as the location for the commissary, make-up and wardrobe, and the bar served as a location for post-filming “meetings”. Location scouts interested in renting what is now A Christmas Story House tracked the owner to the house in the The Rowley Inn. Many extras in the movie were patrons who regularly frequented the bar and were there at a minutes notice when someone was needed, and several even still live in the neighborhood. Darren McGavin, who played the old man was a frequent regular at The Rowley Inn after filming was concluded for the day. There are several behind the scene picture of him at The Rowley Inn during the filming of the movie. They even have an exclusive collection of behind the scenes photos from the filming of A Christmas Story on their walls and website: therowleyinn.com/history-heritage 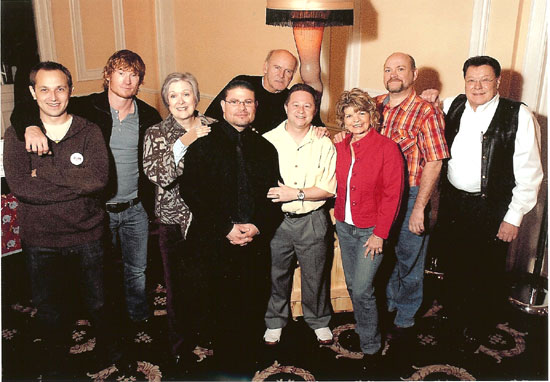 A Christmas Story cast reunion around the Leg Lamp. 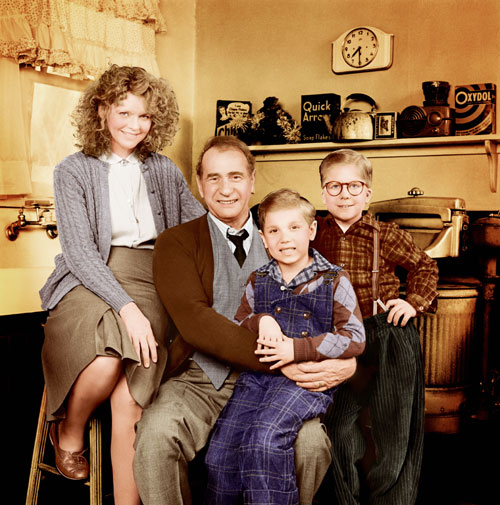 The Parker Family: Mom, The Old Man, Randy and Ralphie. 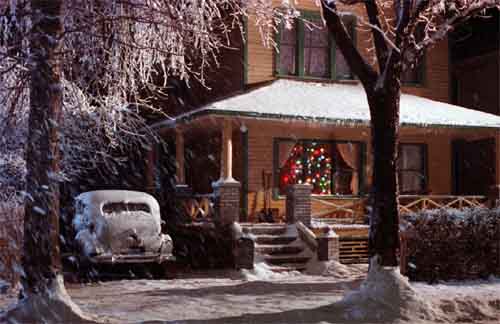 A Christmas Story House in the closing scene of the movie. 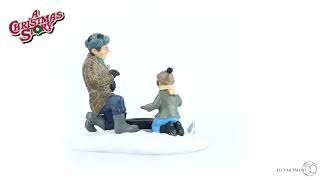 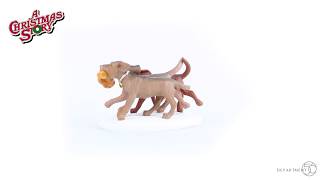 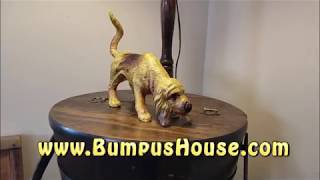 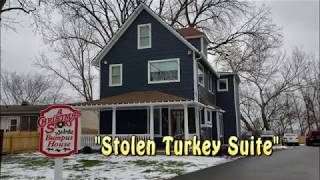 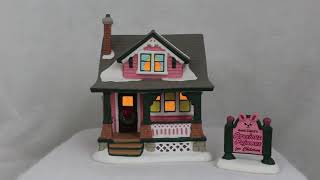 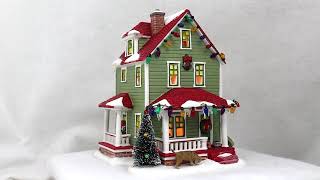 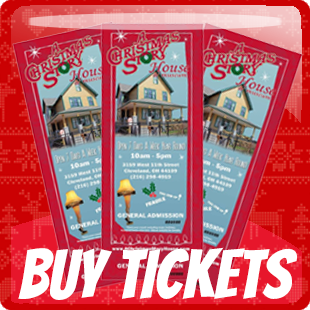